The Man Who Changed His Mind is a 1936 British science fiction horror film about an unstable scientist intent on transferring human minds. Unfortunately, he becomes vengeful when his magnate patron withdraws his support.

Plot:
Doctor Laurience (Boris Karloff), a once-respectable scientist, begins to research the origins of the mind and soul in an isolated manor house, aided only by the promising surgeon Clare Wyatt (Anna Lee) and a wheelchair-using compatriot named Clayton (Donald Calthrop). The scientific community rejects his theories and Laurience risks losing everything for which he has worked so obsessively.

To save his research, Laurience (pronounced “Lorenz”) begins to use his discoveries in brain transference for his own nefarious purposes, replacing the mind of philanthropist Lord Haslewood (Frank Cellier) with the personality of the crippled, caustic Clayton. With Lord Haslewood’s wealth and prestige at his command, Laurience becomes an almost unstoppable mad scientist…

Reviews [contain spoilers]:
” …the scenes which find Clayton in his new body adjusting to the advantages and disadvantages of being Lord Haslewood are wonderfully funny—and vitally, are so in a manner completely organic to the plot. Throw these into the mix with some batty science and an even battier scientist, some well-deserved satire of the Fourth Estate, and a young couple in the process of taking their era’s gender stereotypes and turning them inside-out and the result is tiny gem of a film that deserves to be much better known.” And You Call Yourself a Scientist!?

“Karloff gives a relaxed but confident performance in the type of role that would soon be all too common for him, and it’s directed with a good pace and a nice visual sense, particularly during a rather nightmarish montage sequence. However, the movie is stolen by two character roles…” Fantastic Movie Musings and Ramblings

“The plot does an entertainingly vigorous job of twisting and turning around on itself within the film’s relatively slim (62 minutes) running time. In particular, Frank Cellier gives quite a good performance in adopting different mannerisms after his body is taken over by the wheelchair-ridden Clayton. Karloff invests the scientist with relatively more sympathy than most of his ilk were portrayed throughout this decade.” Moria

“Karloff’s performance is quite different to other mad scientists he’s played, from his way of speaking, to his physical mannerisms, more high pitched and hunched over. While we know he’s correct in his theories, he comes across as a crackpot very well, and his quick to anger demeanour in the second half works well. He’s downright terrifying in some shots!” Not This Time, Nayland Smith

“The filming saw Boris Karloff back home in Britain for the first time after his tremendous success with Frankenstein (1931), and the change of scenery seems to have done him good, as he delivers one of his best performances, surrounded by a superb co-cast and working from a fast-paced, funny and witty script.” Scifist

“The film is driven by a tight, expertly paced script that presents just the right mixture of horror and humor to make both aspects as effective as possible, especially given that most of the humor is of a pitch-black variety. The cast is also excellent and everyone is perfect for their parts and talented enough to bring depth to even the thinnest of characters.” Shades of Gray

“In a sharp, amusing script, Clayton, a bitter and literally twisted man in the classic mould of the angry, creepy and disabled sidekick gets some cracking lines […] Taking potshots at the press, celebrity, wealth and the scientific establishment and offering up some ideas to later films, most obviously The Fly, there’s a lot here for a 62-minute film.” The Spooky Isles

“Formulaic but well-acted, this 1936 horror is often too restrained in its approach and fails to deliver its fair share of chills. Still, Karloff is always fantastic in any vehicle, no exceptions. And there’s a cool “transformation” scene where Laurience successfully switches the brains of Calthrop and Cellier.” The Terror Trap

“It certainly looks better than your average 30s horror flick as it has some atmospheric moments, excellent editing, and accomplished camerawork. It’s definitely a lot classier than most of the similar films Karloff made for Columbia Pictures. Speaking of Boris, this is one of his better performances.” 3/5 The Video Vacuum

Choice dialogue:
Doctor Clare Wyatt [Anna Lee]: “There’s always something queer about a genius.”
Doctor Clare Wyatt [Anna Lee]: “Sorry Dick but I specialise in looking after myself.”
Doctor Laurience [Boris Karloff]: “I was the leading surgeon in Genoa – the greatest authority upon the human brain until I told them something about their own brains. Then they said I was mad. Look at me. Am I mad?”
Clayton [Donald Calthrop]: “Most of me is dead. The rest of me is damned.”

MOVIES and MANIA is a genuinely independent website and we rely solely on the minor income generated by internet ads to stay online and expand. Please support us by not blocking ads. Thank you. As an Amazon Associate, the owner occasionally earns a very tiny amount from qualifying linked purchases. 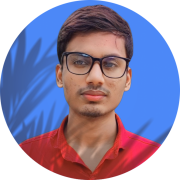 Like The Linda Lindas, this teen girl band in Benin makes you dance — and think